Four harmful chemicals in your own home cause hormone symptoms! 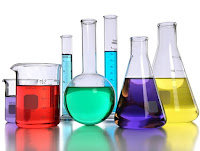 Tens of thousands of chemicals have been invented in the past 70 years.  Most of these have never been tested to see whether they are safe for humans!   We are exposed to small amounts of these chemicals on a daily basis through food, water, cosmetics, and air.

Many of these chemicals are “hormone disruptors”, which means that they interfere with our normal hormone function.

Hormone symptoms may be caused by chemicals

In men these chemicals have been associated with low testosterone levels,  reduced sperm count, infertility, and impaired sexual function.

Lets look at four of the most common culprits in more detail. 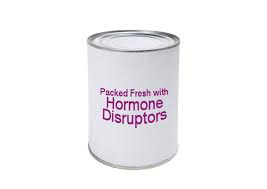 BPA is a component of plastic and has estrogen-like effects.  (In fact, it was first discovered in the 1880’s and was evaluated for use as an estrogen drug, before it was abandoned in favor of a compound with even stronger estrogen effects – DES.  DES was one of the first hormone disruptors identified and was eventually banned by the FDA for causing birth defects!)

BPA is found in hard plastic bottles (including baby bottles!), dental sealants that we put on our kids teeth, credit card receipts, dollar bills, and the inside lining of cans of food.

To minimize your exposure,  avoid plastic bottles (especially if scratched or old),  buy fresh or frozen food instead of canned whenever possible, and avoid products packaged in recyclable plastic containers marked #7.

Phthalates are found in soft plastic, such as water bottles, teething toys, baby bottle nipples, and plastic wrap for food.

To minimize your risk,  don’t reuse your water bottles, and don’t microwave your food in plastic (the heat increases the amount of chemicals leaching into your food) – use glass instead. 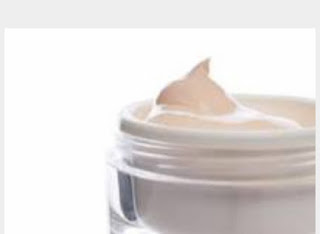 Parabens are a group of preservatives found in personal care products, like cosmetics, lotions and shampoo.

DDT was banned decades ago when it was found to be a hormone disruptor, but overall our use of pesticides has increased over the years.  In recent research,  30 out of 37 commonly used pesticides tested by the University of London were found to be hormone disruptors.  The one found to have the most potent effects at blocking male hormones was an insecticide called fenitrothion, which is an organophosphate used on orchard fruits, grains, rice vegetables and other crops.  There is significant concern for fetuses and nursing infants, as these hormone disruptors may have effects on the developing reproductive tract. 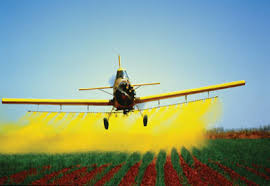 In this case, buying organic foods DOES help to reduce risk of exposure.    A study found lower levels of pesticide residues in the urine of preschoolers fed an organic diet compared with preschoolers fed a standard diet.  It is so shocking to me that pesticides are found in ANY preschoolers!

How we can help you!

Hormone testing is available to help identify imbalances of sex hormones (estrogen, progesterone, testosterone), thyroid hormones, and stress hormones including cortisol.   It is also possible to do gene testing and nutritional testing to learn how well your liver is able to detoxify.   Detox programs, including nutritional recommendations and targeted nutritional supplements, can optimize your ability to clear toxins from your system.

If you are having symptoms that you think could be from hormonal problems or toxins and you would like to be evaluated, please call us!  704-752-9346 or email questions@signaturewellness.org.


If you're ready for lasting improvements in your health and how you feel, call to learn more about becoming a patient.

© 2020 Charlotte and Belmont, NC - Bioidentical Hormone (BHRT) | Functional Medicine | PRP | MedSpa. Signature Wellness PA all rights reserved. Disclaimer: The information on this website has not been evaluated by the FDA. This information is not intended to treat diagnose, cure or prevent any disease. All material provided on this web site and links are for educational purposes only. None of the information on this web site should be taken as medical advice and is in no way a substitution for professional medical care. We recommend you consult with a physician before starting any health program. Signature Wellness PA disclaims responsibility and liability for any harm resulting from the use or misuse of any information on this site. No treatment, treatment advice, exercise or nutritional advice if followed can be guaranteed to work in everyone nor can they be considered absolutely safe. Individual response to treatment and unexpected responses can affect outcomes. Individual results vary. Reputable physicians do not guarantee outcomes and no prediction of outcome is implied.